In Praise of Real (Not Tweetable) Conversations — The Information

Because everyone’s feeling nostalgic for auld lang syne (rough translation: before everything sucked), we wanted to reflect on some lessons from the recent past. So this week, the team asked some of the smartest people in tech about the conversations that stuck with them the most from 2022.

My most memorable conversation came during a family trip to Israel last summer. As is traditional when Jews visit the Holy Land, I spent a whole afternoon arguing about politics with our Israeli tour guide, Shani. The details of our debate—which took place during a three-hour van ride through the embattled West Bank—aren’t as important as its culmination: Shani actually changed my mind a little!

It occurred to me later that this kind of lengthy, face-to-face conversation is in stark contrast to a place where I engage in less productive conversations: Twitter. In fact, it put the complete lie to Elon Musk’s view of how free speech and debate ought to work. I’ve spent exponentially more hours on Twitter than I have in the back of an Israeli passenger van, and yet I’ve never exited the former with my views substantially changed.

The idea that Twitter is the world’s public square, or that it provides a healthy forum for spirited and honest debate, has always been fanciful. Under Musk’s rule, it’s been delusional. To meet the ideals Musk professes, we actually need to spend far less time on Twitter, and far more time talking to a diversity of people. It’s the kind of thing our smartest readers—and our best journalists—do constantly.

If your 2023 resolution is to seek out more inspiration, to become more informed or to open yourself up to someone else’s point of view, there’s only one good way to do it. Have a conversation.

What was the most meaningful conversation you had over the past year? We asked some of the most interesting and connected people we know to answer that question, collecting  responses from Alexis Ohanian, Arianna Huffington, Frances Haugen, Lo Toney and the founders and CEOs of Yelp, Cloudflare, OnlyFans, Magic Eden, Allbirds, Hims & Hers, Career Karma and more.

In addition, our Weekend reporters turned the spotlight on themselves, offering up their own conversational highlights from the past year. Read about the encounters that continue to move them below: 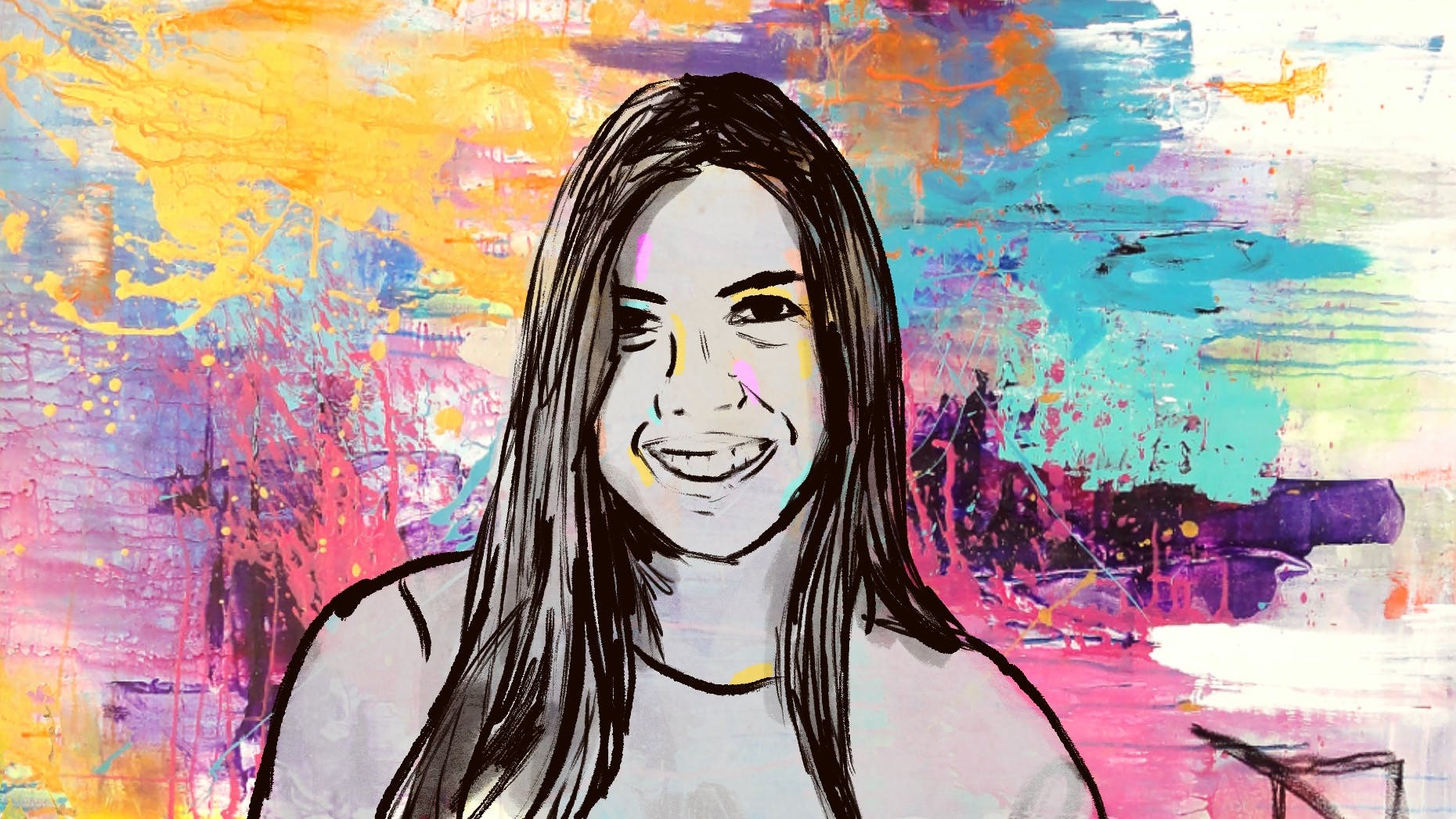 In May, I wrote about Bonobos co-founder Andy Dunn’s struggle with bipolar disorder. Many components of that story stuck with me—particularly the notion that the tech industry values the very same traits (like a relentless work ethic) that often damage founders’ mental health. But what I’ve thought about most was a conversation I had with Dunn’s wife, Manuela Zoninsein. While the couple dated, Dunn did not admit he had bipolar disorder, exposing Zoninsein and others around them to repeated manic episodes and incalculable hurt.

Zoninsein, miraculously, did not blame Dunn for his actions or for withholding the truth from her. I don’t know what I would have done in the same situation, but I am still in awe of her capacity for forgiveness. “It’s just like diabetes,” she told me of her husband’s bipolar disorder—as long as he stays on his meds and checks in with doctors, he’ll be okay. Zoninsein’s example reminds me to have grace for those around me, especially those who are behaving in ways that just don’t make sense. You never know what someone else is going through. 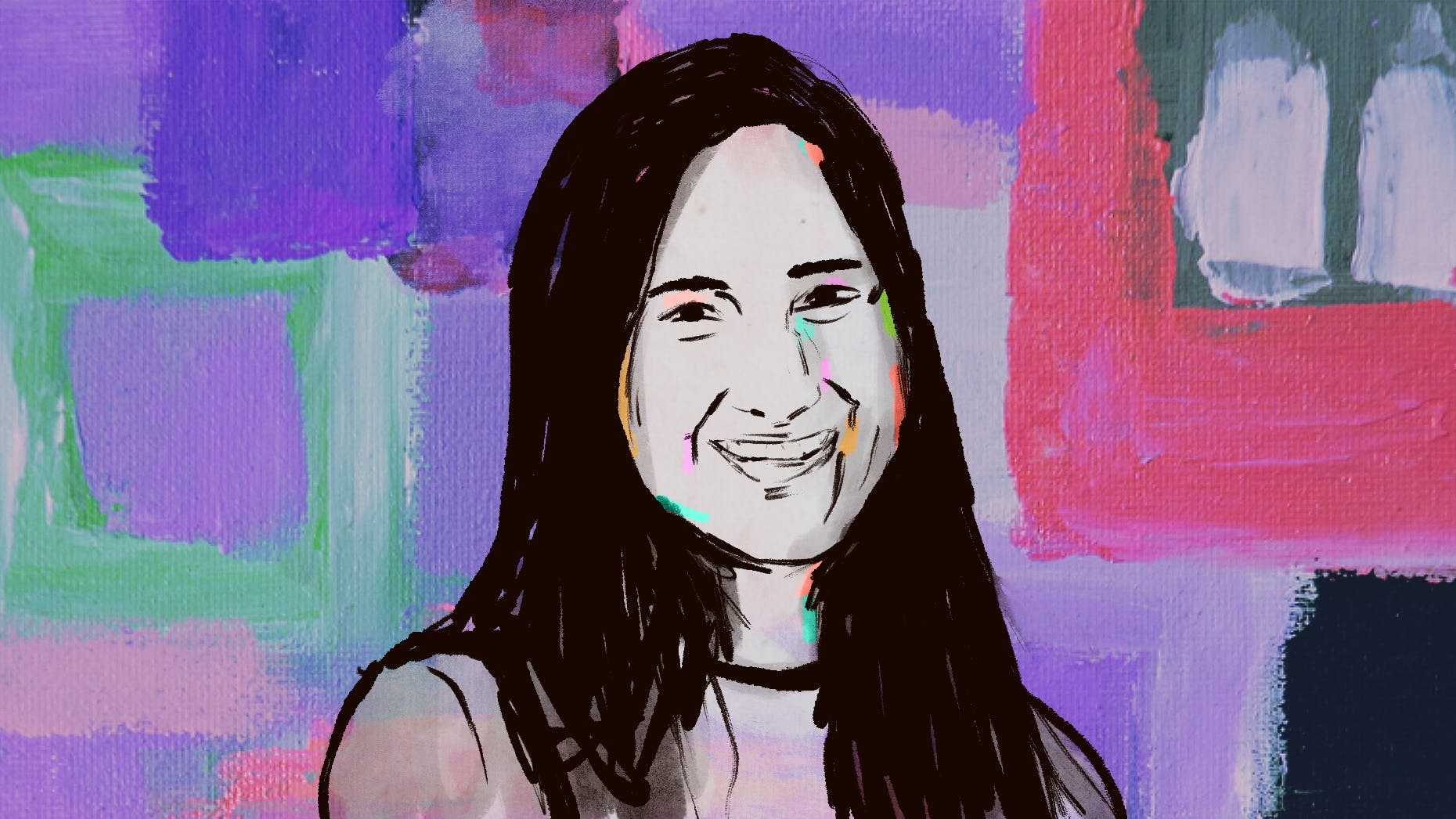 In January, I wrote about the scammers lurking in NFT projects’ Discord channels. The emotional center of the story was Kat Heart, an outdoor education teacher in Arlington, Wash., who loved non-fungible tokens in the most earnest way possible—not for the chance to make millions, but for the community that formed around them.

In 2021, several tragedies struck Heart in quick succession: First her home burned down and insurance wouldn’t cover the damages. Then someone robbed her of $80,000 worth of NFTs in a phishing scam. When her Discord community convinced the scammer to send Heart back $15,000, she didn’t spend it on house repairs. She used it to buy another NFT.

As the rest of the year brought even darker tales from the crypto world, my thoughts kept returning to Heart. Maybe behind closed doors in Silicon Valley, elites always knew the grandiose promises of crypto were a means to an end, a justification to mint and sell useless tokens that made early investors millions. But Heart didn’t share this cynicism. She found a home in those Discords, and fraudsters exploited her faith.

It’s tempting now to mock the people who lost money betting on digital art. But my conversation with Heart was a reminder that real people simply believed what tech leaders were telling them—and now they’re the ones hurting the most. 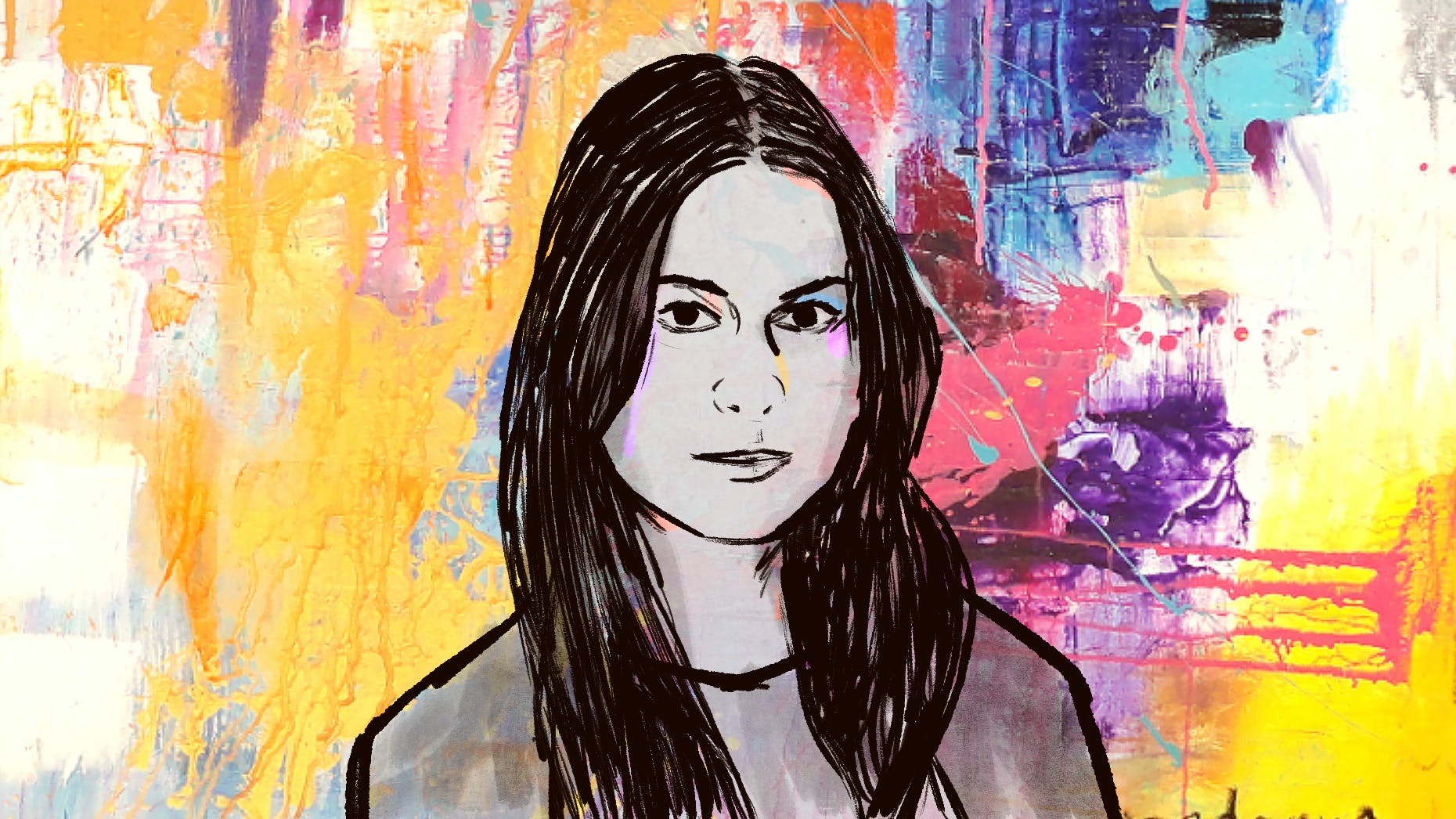 In October, after waves of tech layoffs, I was chatting with a manager at a tech company who had to backfill a position on his team. He said there were so many résumés submitted that the system automatically took down the job posting—the first time in his career he’d seen such overwhelming interest. It reminded him of a scene from “The Jungle,” by Upton Sinclair, in which a flood of desperate people scramble to get to the front of the job lines regardless of the quality of the job.

I had spoken with this same source in 2021 about the power workers suddenly had and how they were using it to renegotiate workplace perks. Now, in 2022, that dynamic had completely flipped, leaving employees at the mercy of their bosses. I’ve thought about this conversation a lot over the course of this year, especially after I saw Elon Musk’s edict for Twitter workers to become “extremely hardcore.” It was as if Sinclair had written it himself. 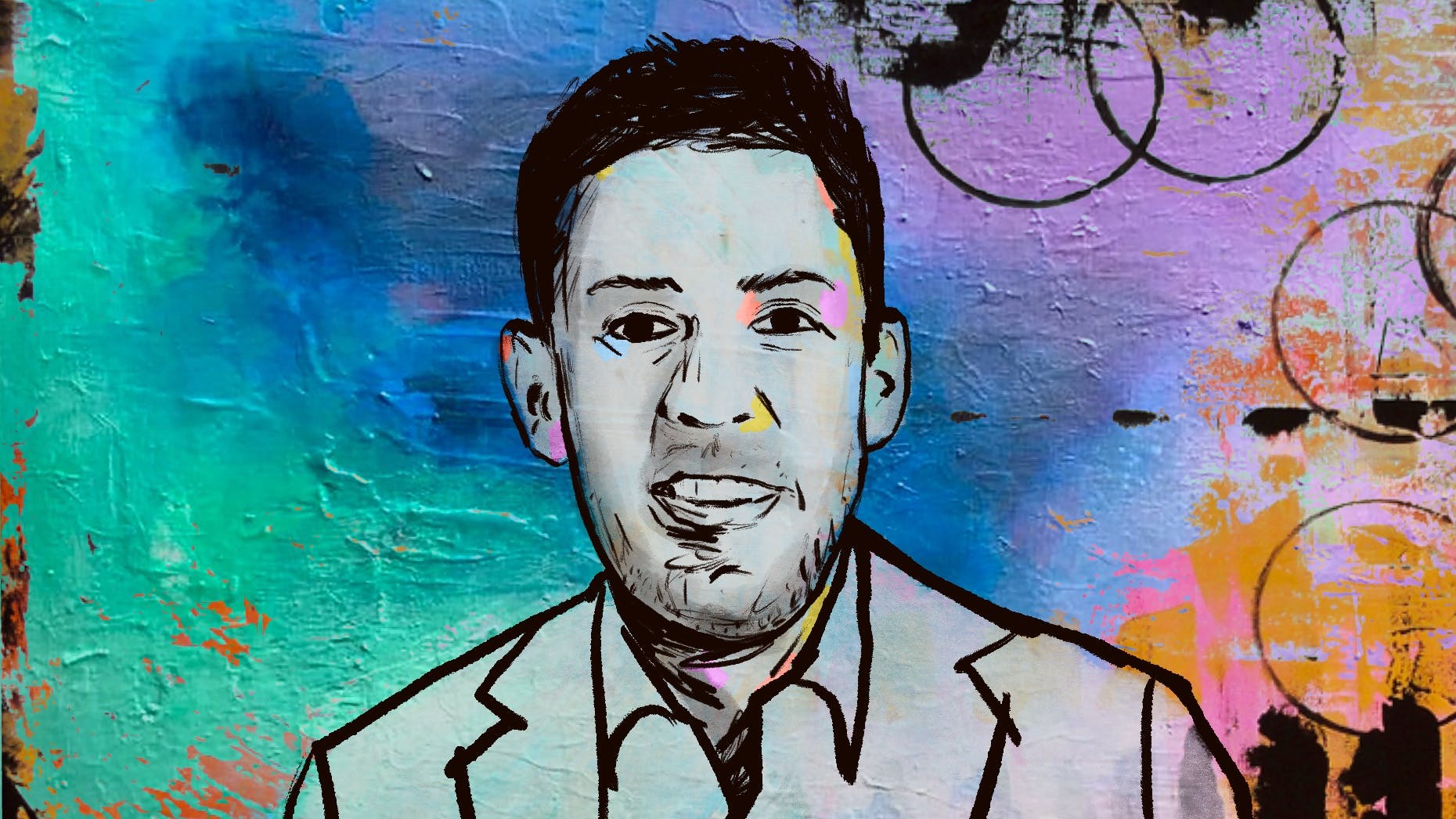 No one I know talks to more people every day than Rich, my Jersey City, N.J., barber. Back in the fall, I asked Rich what his customers were most frequently discussing. “The office,” he said with a smirk. More specifically, returning to the office. Now, none of his customers will ever spot Rich, a jovial, well-tattooed 20-something, rolling his eyes from over their shoulders. But verbally, that’s what Rich was signaling: These folks had whined about working from home when the pandemic hit, and now they were whining about having to go back to the office.

Honestly, I’m not much better than those barber-chair complainers. I’ve had many of the same thoughts. But I know Rich has experienced few of the perks and privileges many tech workers (and tech reporters) have enjoyed these past few years—able to work safely from home without sacrificing economic security. But while we’ve been complaining, Rich has stayed resolutely positive. The man’s a Cézanne with a pair of clippers, but what I admire most is his perseverance and perspective on the world. 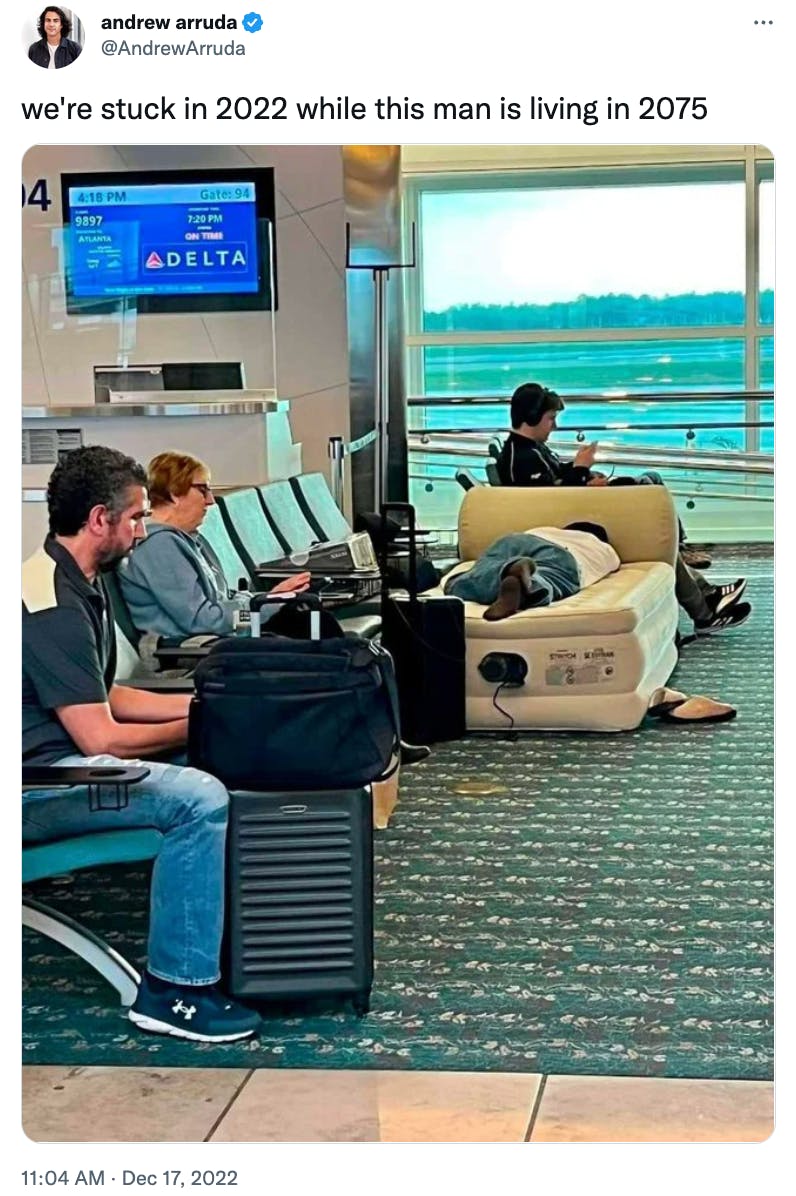 Goal for 2023: When life delays your flight, at least make yourself comfortable.

Until next Weekend (and next year), thanks for reading.

Will BAT Price Go Up?