Whale activity on the Litecoin network increased tremendously.
In fact, mining profitability and hasrate increased too, however, the MVRV ratio declined.

According to data provided by Santiment, it was observed that the number of whale transactions made on the Litecoin network had increased in the last half of December.

The number of whale transactions on the network reached more than one million mark over the past few days. This interest from whales helped Litecoin reach the milestone of 139 million transactions.

Another indicator of declining activity was the decreasing velocity metric. The drop in velocity over the past few days indicated that the frequency at which LTC was being transferred amongst addresses decreased.

Despite the decline in activity on the network, Litecoin maintained its strength on the mining front. Based on information gathered by CryptoCompare, Litecoin’s mining profitability was 41% at the time of writing.

One of the reasons for the same could be its growing hashrate. According to data provided by Messari, Litecoin’s hash rate grew immensely over the past three months. The growing hashrate implied that the Litecoin network had grown in terms of stability and security.

There was also a correlation observed between Litecoin’s growing hashrate and its price. 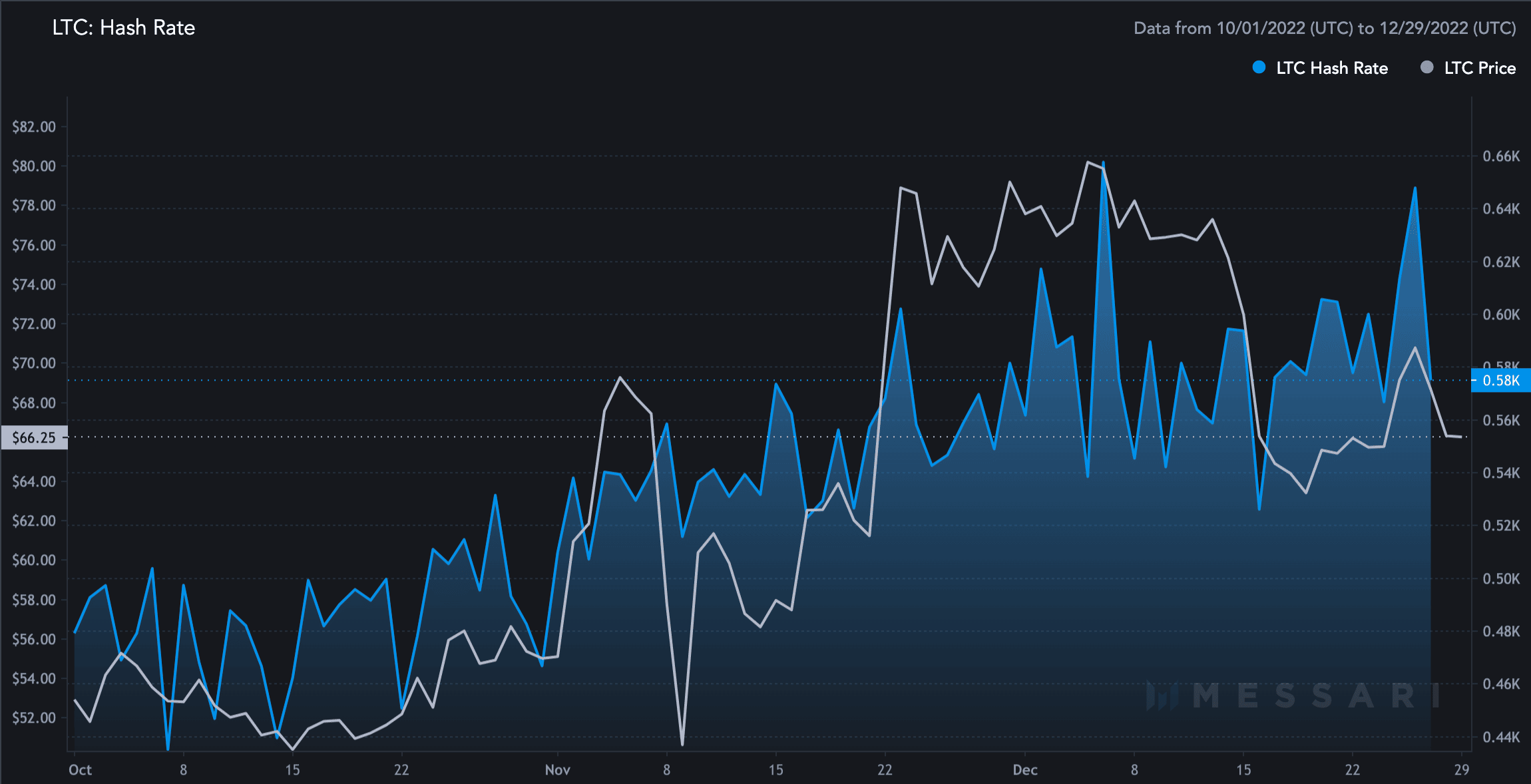 Even though Litecoin’s price continued to grow along with its hashrate, its MVRV ratio remained in the negative territory. According to data provided by Santiment, Litecoin‘s MVRV ratio declined over the last few weeks.

This implied that if all LTC holders were to sell their positions, they would be doing so at a loss.

Are your LTC holdings flashing green? Check the profit calculator

The negative long/short difference indicated that it was mostly short-term investors who would take a loss if they ended up selling their positions.

However, it remains to be seen whether these short-term investors manage to weather the storm or decide to cut their losses.

At the time of writing, LTC was trading at $66.27 and its price decreased by 2.46% in the last 24 hours, according to CoinMarketCap. Despite its declining prices, LTC’s market cap dominance continued to grow and increased by 5.47% in the last seven days.