First off, we have Abe’s cover story of Jeff Lawson, the Twilio CEO whose company became a Wall Street darling during the pandemic, only to take a terrifying plunge during this year’s selloff. What makes Lawson fascinating is not just his efforts to right the Twilio ship, but his attempts to raise piles of midterm cash for the Democrats. Can he do it all? Maybe. Will he make new enemies while he’s at it? Absolutely. (And that’s not even counting his fiery statements about certain San Francisco-to-Miami transplants.)

Speaking of enemies, Republican candidates are gaining on Democratic ones in their share of contributions from employees at four Big Tech companies. That is according to Arielle and Shane, who scraped several years’ worth of donations from the Federal Election Commission database. We’re still in blue country, of course, but as the Biden Administration turns its Dark Brandon laser eyes on tech, pockets of purple are emerging.

Other autumnal goodies: Our top 20 list of extremely niche Halloween costumes for techies; a Screentime on the ever-interesting Katie Stanton; and Annie’s totally objective review of the new T-Swift album, which you can read in our Recommendations section below.

Now onto the stories…

Despite running one of tech’s highest flying pandemic-era companies, Twilio CEO Jeff Lawson has kept an exceedingly quiet profile. Until now. Abe meets up with Lawson at his San Francisco home to discuss his ratcheted up activity in politics and philanthropy, which has elevated him and wife Erica into the highest echelon of Democratic power donors in Silicon Valley. But politics aren’t Lawson’s only concern—over the past year, Twilio shares have fallen almost 80%, and now a major pivot is in order. 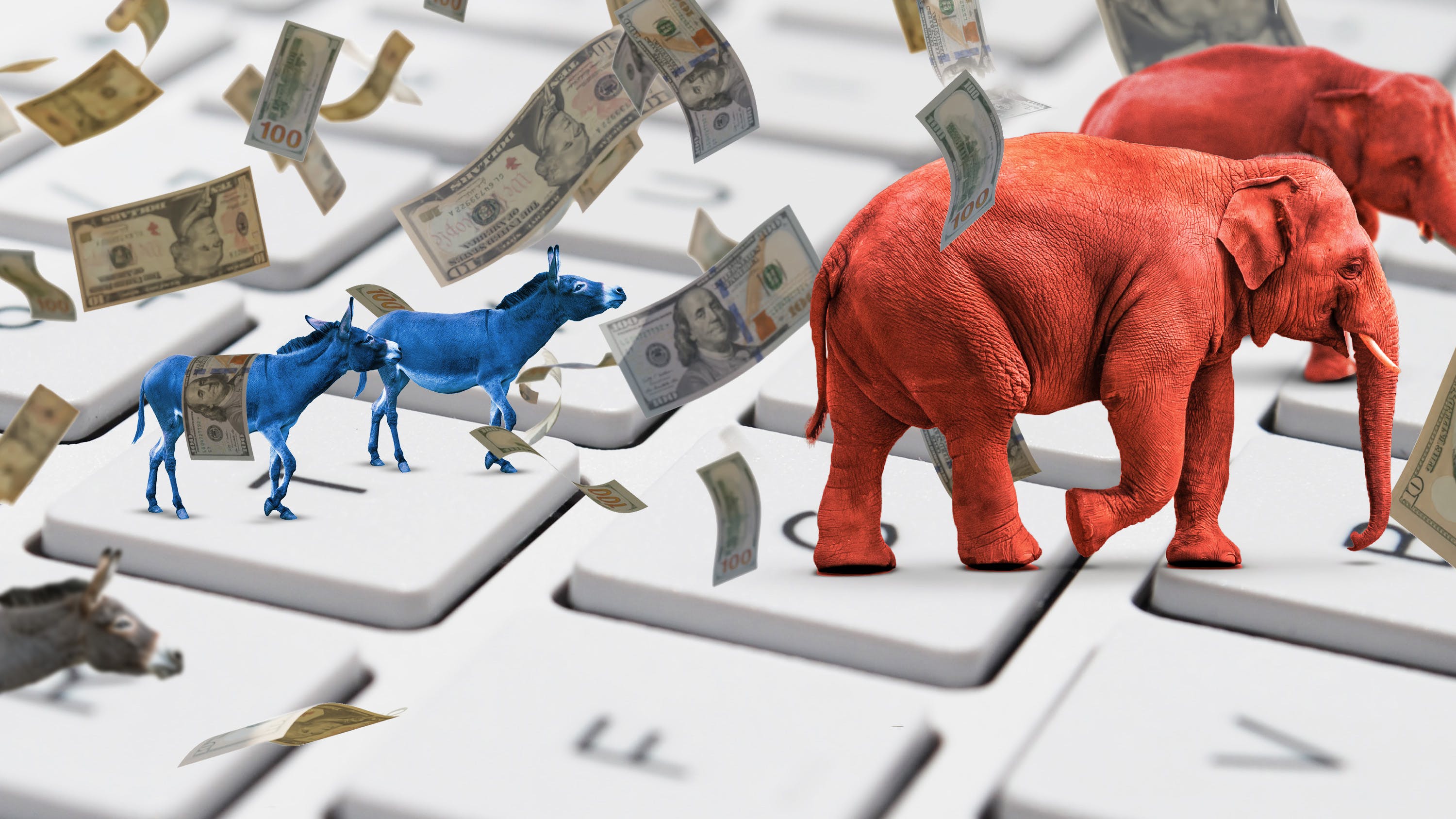 Elon Musk isn’t the only techie tacking right. Arielle and Shane’s analysis of political giving by employees of Google, Apple, Amazon and Meta shows that 15% of donations have gone to Republican candidates or political action committees this election cycle, up from 5% in 2020, and 8% in 2018. Said Neil Malhotra, a political economist at Stanford, “You see all these people who were pro-Obama figures, and now they are kind of backing out of the Democratic party.” 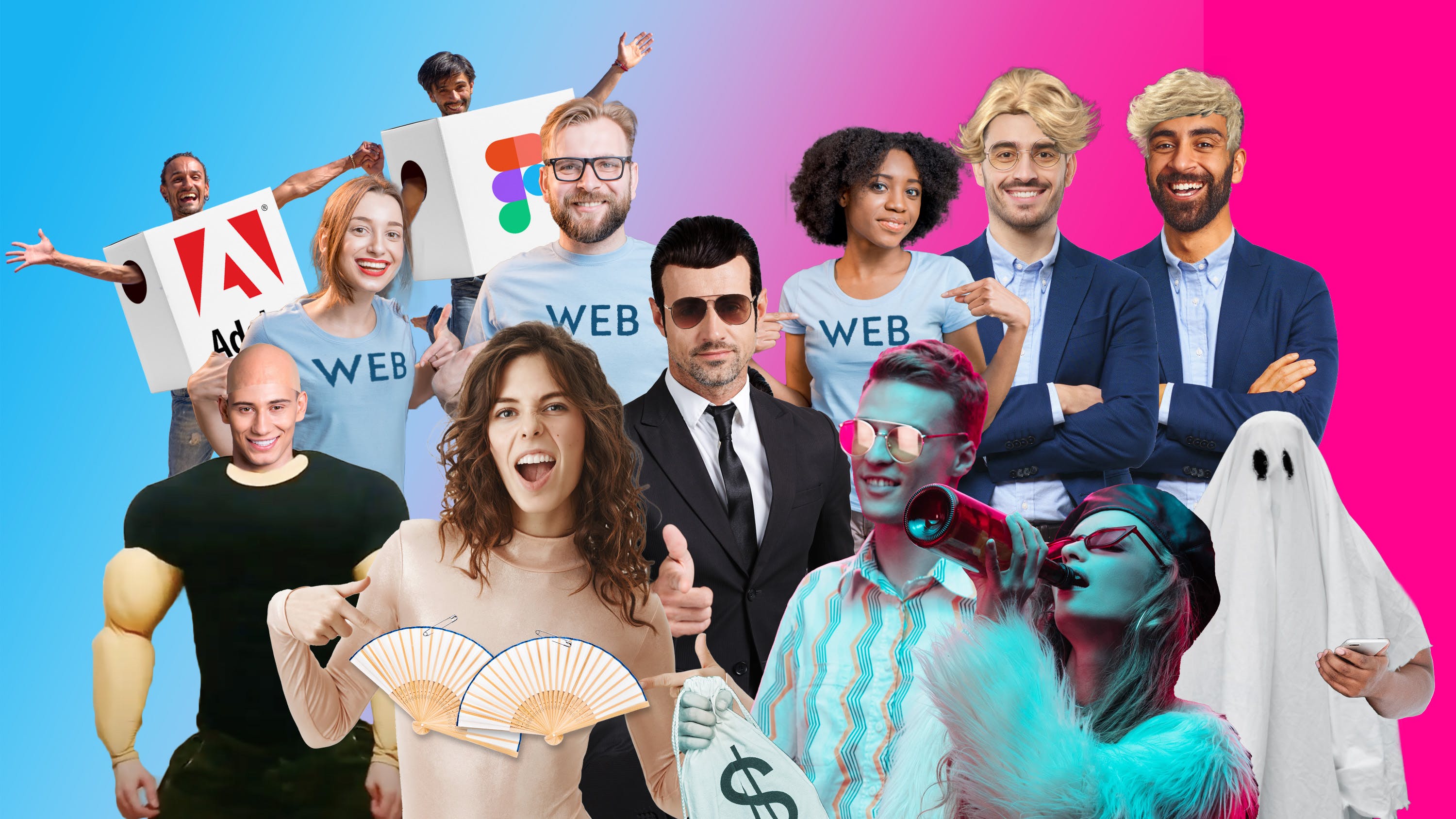 It’s the spooky season, and here at The Information Weekend, we are pumpkin spice-pilled. This year’s Halloween festivities may be somewhat muted—what with all the market carnage, axed tech employees, and zombie crypto exchanges—but there’s still plenty of room for cathartic cosplay. Here is our ultimate guide to techie Halloween getups made for 2022. 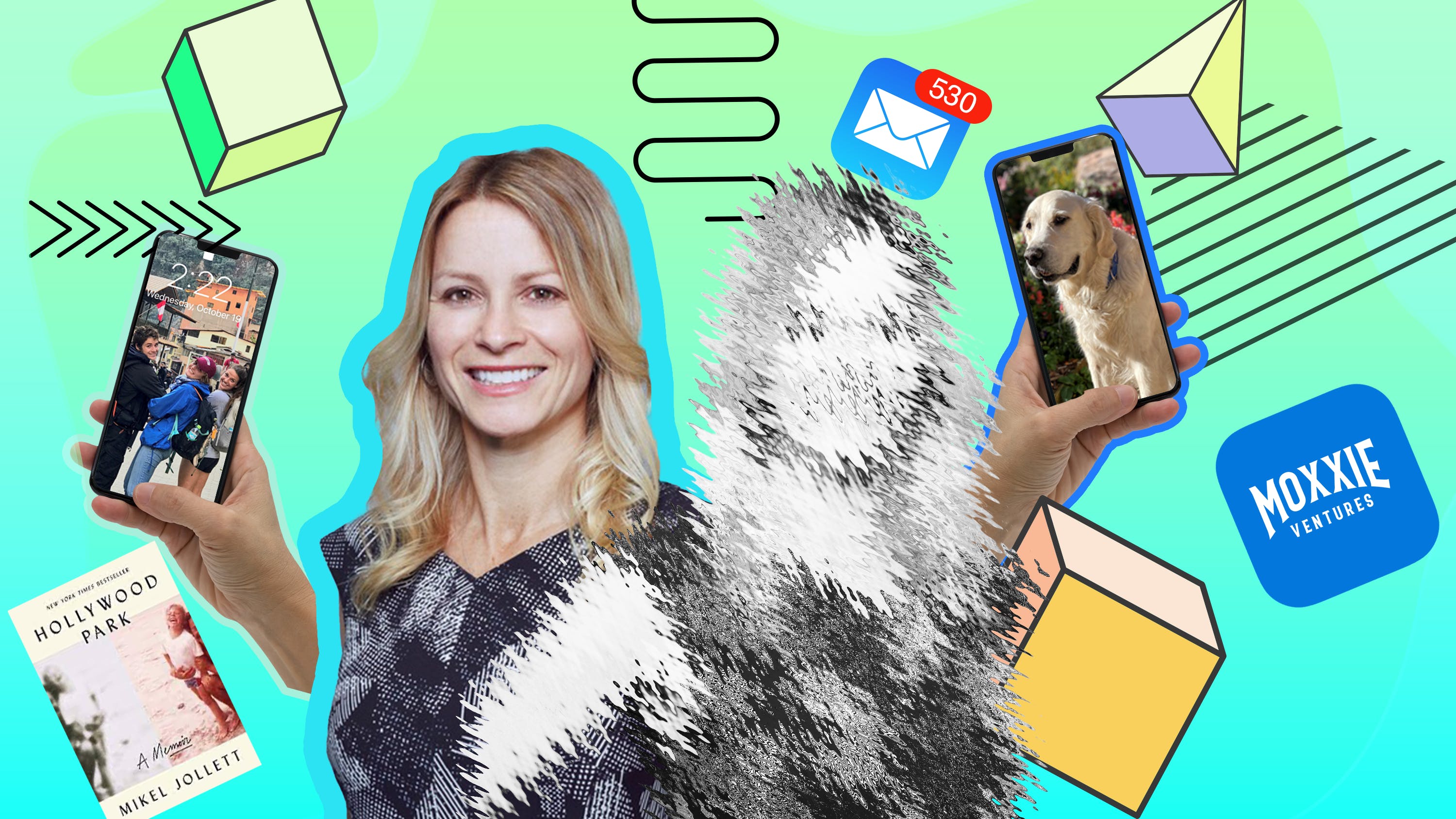 The Moxxie Ventures founder is in high demand. Her voicemail message is “please don’t leave a message.” But Stanton, who formerly worked for Google, Twitter, and the U.S. Department of State, and led early investments in Cameo and Coinbase, makes sure to prioritize the important things, like competitive Halloween displays. 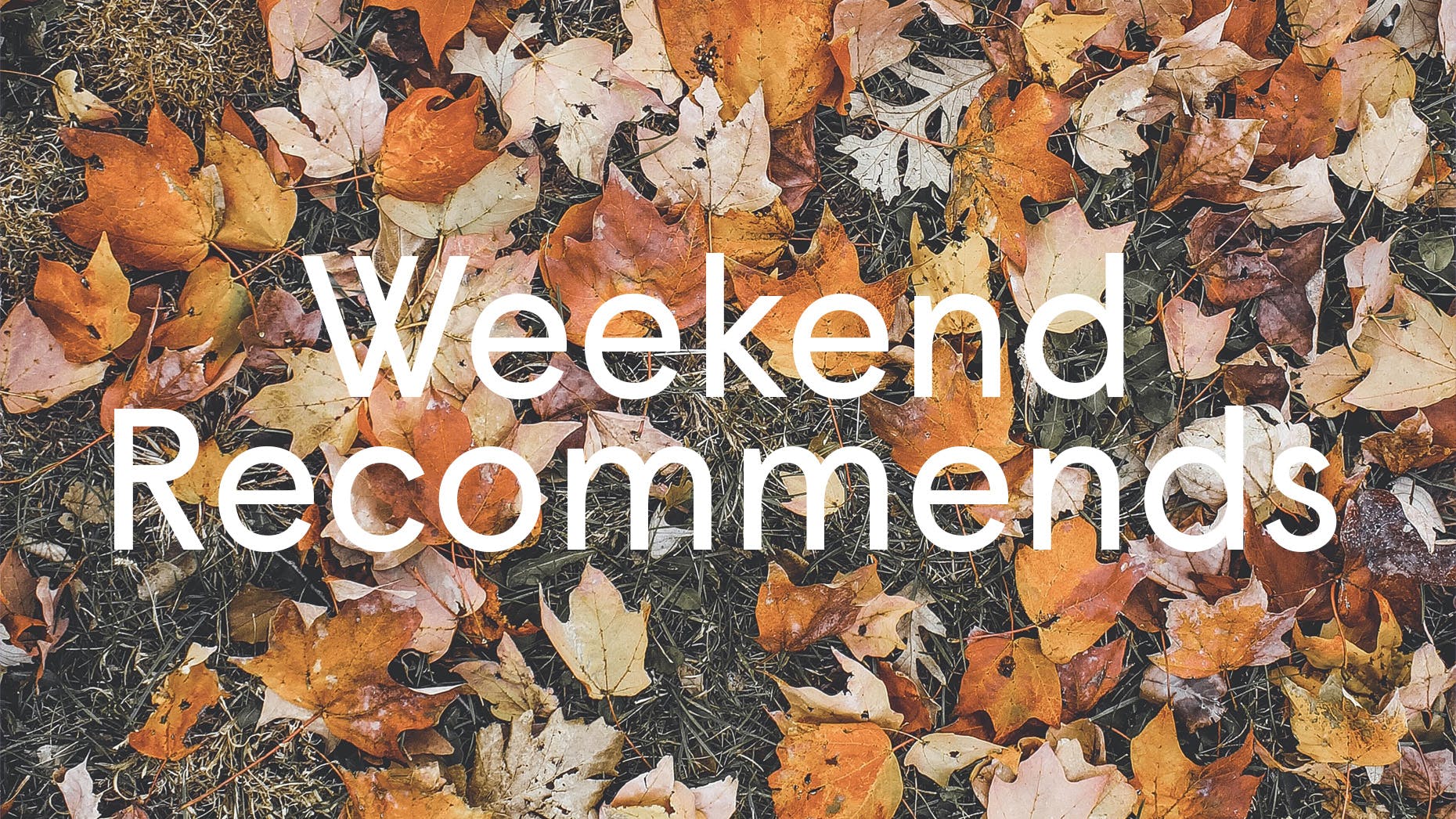 Listening: Taylor Swift’s “Midnights,” obviously
Full disclosure, I am a Swiftie, in a Trekkie sort of way. I’m not just a fan, but a cultist. I stayed up until midnight Thursday for the release of her tenth album, “Midnights,” and then woke up at 3am for her “chaotic surprise” (seven extra songs!). My review: It’s “1989” meets “Reputation,” a pop-heavy dance party that’s everything we’ve missed after two (amazing, beautiful, quieter) albums in “Folklore” and “Evermore.” Now, I’m sure my editor Jon is asking, where is the tech angle? People, it’s everywhere! Swift cranked up her social media game to an 11 for this release, posting track names on Reels and TikTok each midnight leading up to the release. Her existing songs got “Midnights”-themed Spotify art. She nabbed a slot on Amazon Prime during Thursday Night Football, compelling me to visit a sports bar for the first time, well, ever. She even crashed Spotify upon the album’s release. Taylor moves me in so many ways; now she’s even moved me to buy an Apple Music subscription. —Annie

Reading: Amazon teaching us how to surveil
Alexa, what do you call a home full of expensive gadgets that track your shopping, sleep and speech? While we wait for her answer, privacy scholar Chris Gilliard offers one on TheAtlantic.com: “luxury surveillance.” Gilliard, who is Black, has long raised alarm bells about technology’s negative effects on minorities. And he sees something similar happening to everyone with Amazon’s new offerings, like its Amazon Halo Rise sleep-monitor. “Stripped of their gloss, these devices are similar to…ankle monitors and surveillance apps,” he writes. (For bonus reading, the Washington Post recently broke down the growing jungle of Amazon gizmos.) —Abe

Noticing: Data scientists go trick-or-treating
Google knows you haven’t ordered a costume yet. It also knows you’re obsessed with “Saw.” So reports the company’s Frightgeist site, which aggregates the top-searched costumes across the country. It will even suggest a costume for you based on uniqueness and scare factor—we asked for a 100% unique and 75% spooky costume and were offered La Calavera Catrina. The website is both a handy tool and a look into the country’s psyche: For instance, should we be concerned about the people of Alpena, Michigan, who are disproportionately searching for “broken doll” costumes? —Margaux 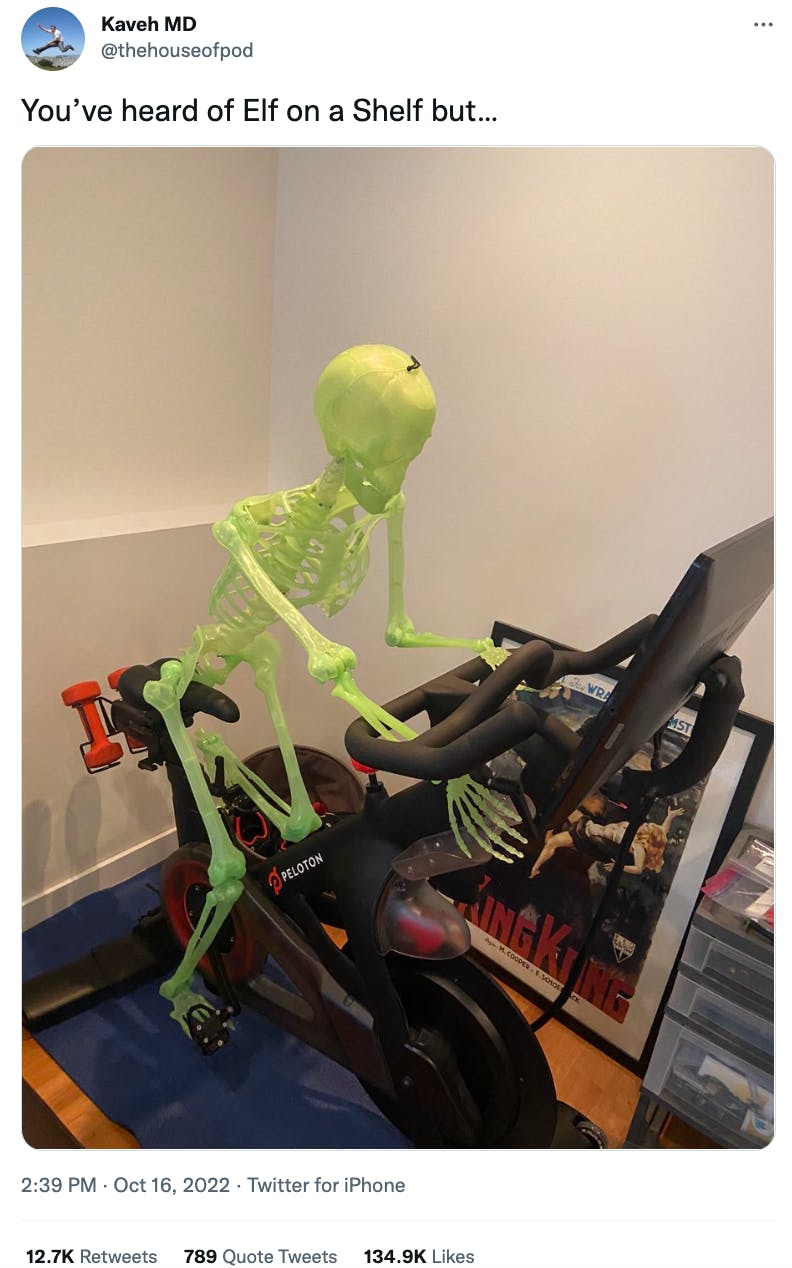 One more Halloween costume we may have overlooked.