On a week when The Information celebrated the rising tide of women leaders in media, tech and finance at its annual WTF conference, we also examined a more complicated paragon of female leadership.

This week’s cover story by Annie on Barstool Sports CEO Erika Nardini is a masterclass in tightrope walking—by both writer and subject. Nardini invited Annie into her office to discuss how she’s guided Barstool through seven years of explosive growth, which will culminate next year in a $550 million sale to gaming company Penn Entertainment. But Nardini also stumbled a bit when it came time to defend the dark side of Barstool. (And, as documented by non-profit Media Matters, the darkness is pervasive.)

The questions Annie fired at Nardini could not have come as a surprise to the CEO, and yet, she faltered a bit when trying to defend Barstool’s founder and figurehead Dave Portnoy against allegations of sexual abuse. As a female leader who has embraced her “token” status at a company known for being crass and misogynistic, Nardini is an expert at threading the needle. But even she can’t completely evade some harsh truths about her company and its culture.

In the face of all that, and with the threat of Portnoy or his Stoolies unleashing one of their patented attacks on journalists, Annie tackled her subject with courage and conviction. Nevermind what the Barstool slogan says: This Saturday is for the women.

« We have assholes and trolls, too. This is the nature of the internet.” So said Nardini, who acts as the designated grownup inside Dave Portnoy’s digital “Animal House,” otherwise known as Barstool Sports. The media company now claims 172 million social media followers, 2 billion monthly video views and 40 million monthly podcast downloads, and was recently acquired in a “historic” deal with Penn Entertainment. But, as Annie writes, it’s also trailed by an ever-morphing cloud of controversy, from misogynistic headlines to accusations of a toxic workplace to sexual misconduct allegations against its founder. The scandals all seem to slip off Nardini, but they beg the question: Is she enabling Barstool’s worst tendencies? 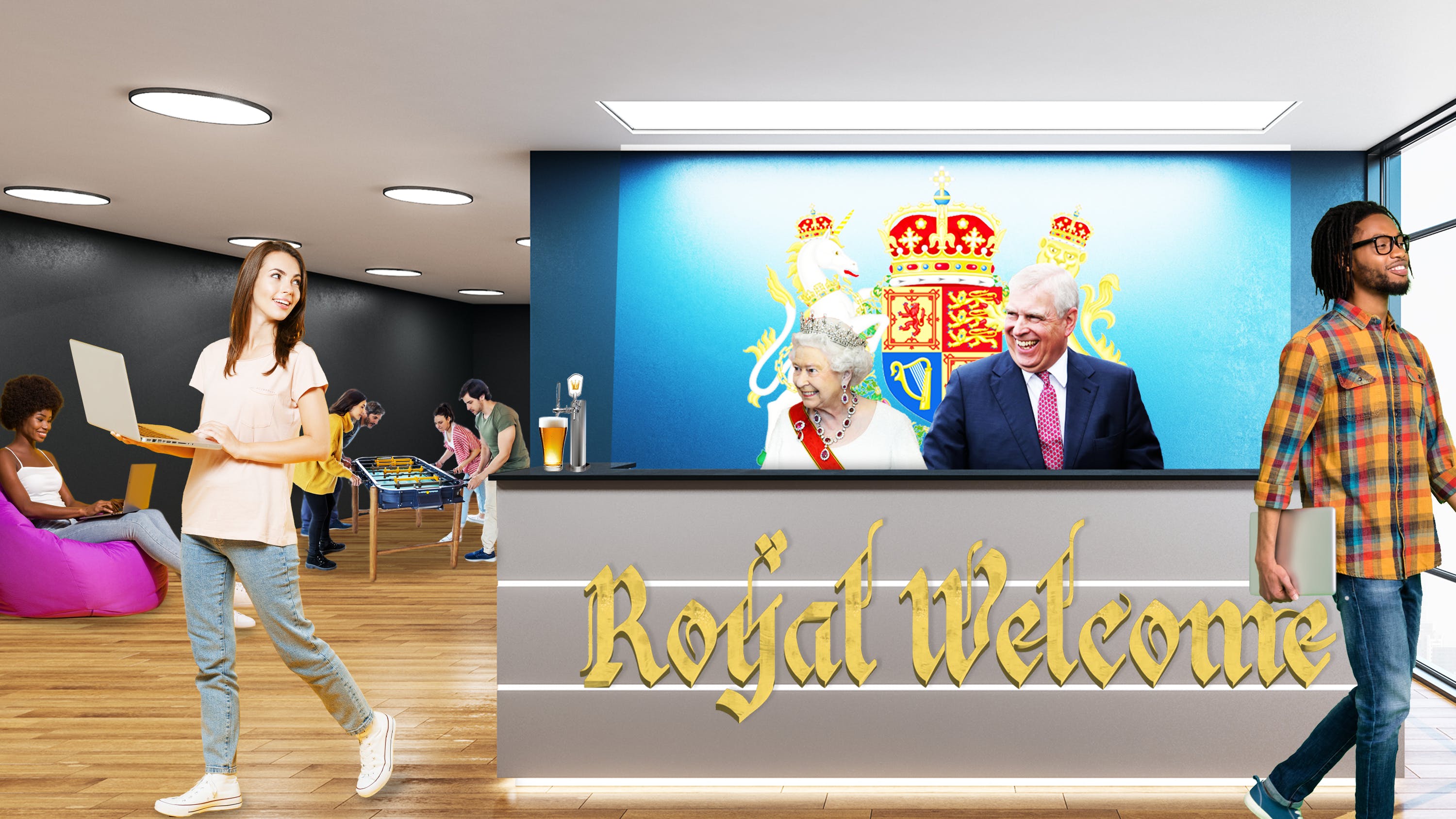 As half of Great Britain queues up to see the late queen’s coffin, Abe takes a look back at The Firm’s brief dalliance in Startup Land. Launched by Prince Andrew prior to his Jeffrey Epstein-related banishment, a Demo Day-style event called [email protected] sought to boost the English tech scene from 2014 to 2020. The results weren’t all that meaningful for the founders involved, but they did get an unforgettable royal audience out of the deal. 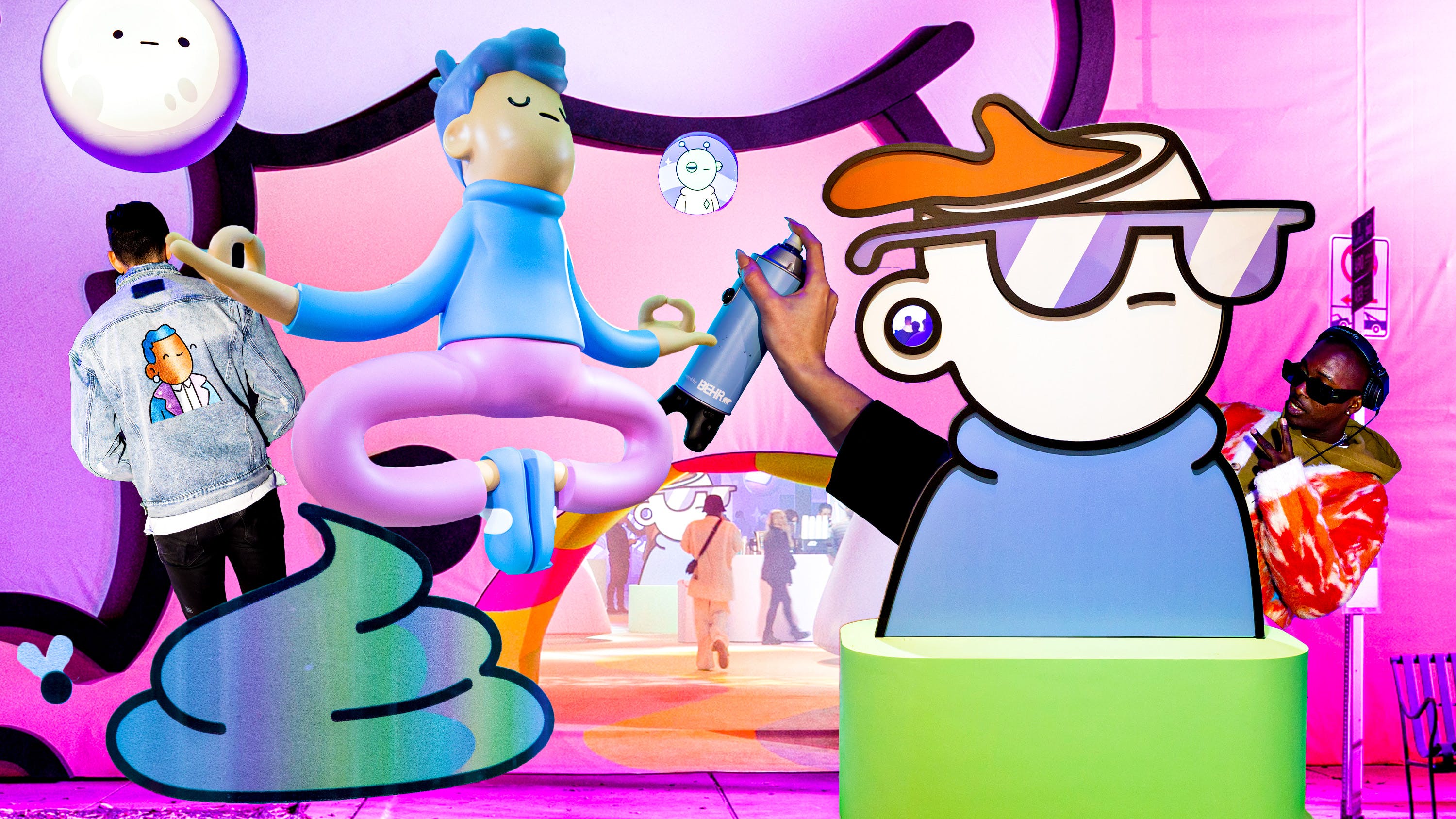 Even as most faces in crypto are wearing tight frowns, the dudes behind Doodles, a celebrity-beloved NFT startup, are grinning ear to ear. Their freshly inked Series A just valued the 11-month-old company at $704 million, with Katelin Holloway at Seven Seven Six leading the round. Abe chatted with Evan Keast, one of Doodles’ co-founders, to find out what makes the “Rugrats on an acid trip” NFT attract so much heat in a crypto winter. 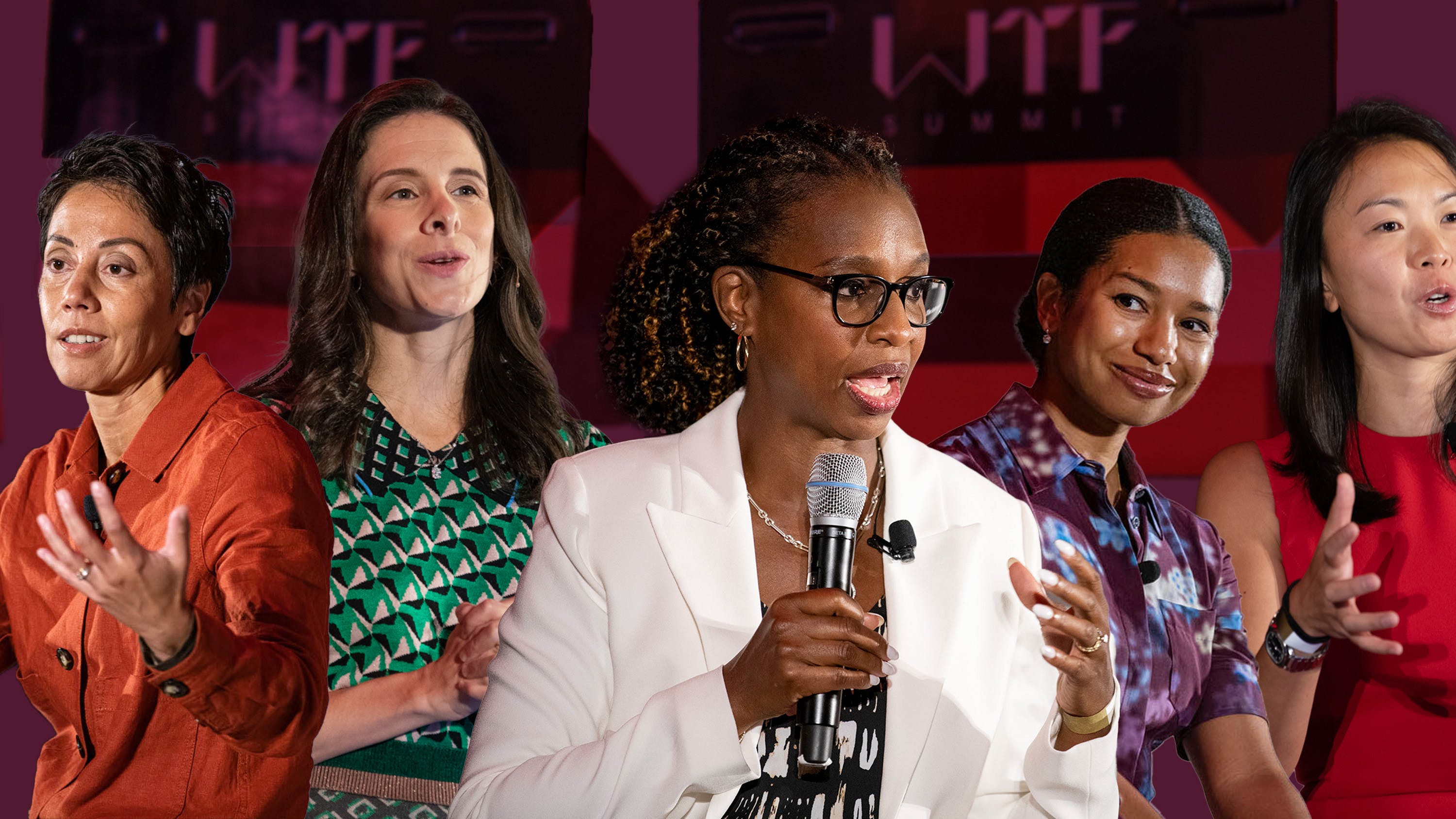 Over coffee and canapés, Arielle and Annie asked attendees at The Information’s annual Women in Tech, Media and Finance summit about their post-pandemic work routines, the best money they had spent lately, and their thoughts on the future of female leadership. (Hint: just don’t call them “girlboss.”) 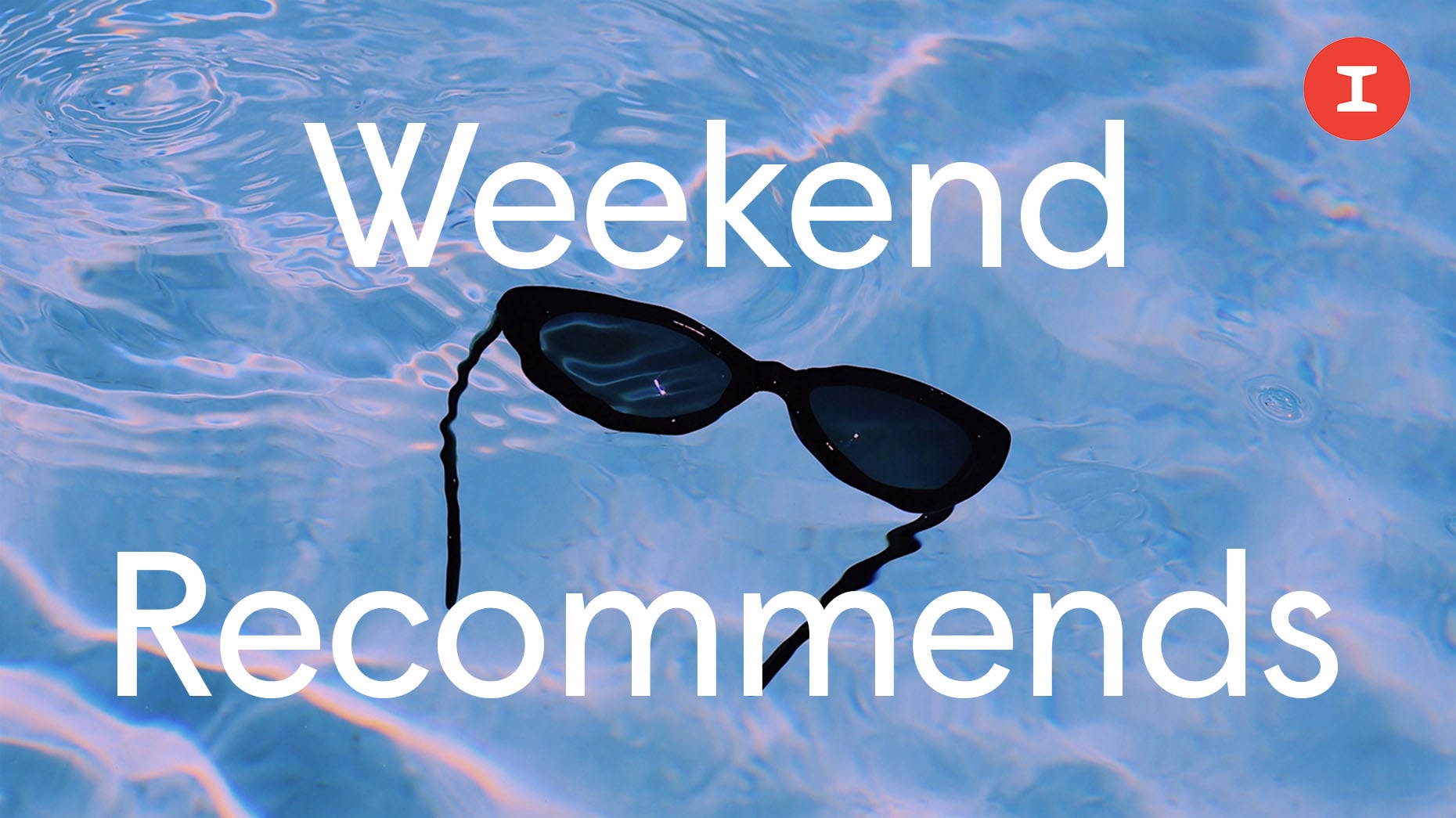 Watching: An artist skewers the surveillance state
Artist Dries Depoorter is here to remind you that you are always being watched. In his new project, The Follower, he compares surveillance footage at tourist spots to Instagram photos. An influencer’s ‘gram outside Wrigley Field may look effortless, but the CCTV footage shows her annoyingly rerouting tourists and repeatedly adjusting her pose. If the peeping feels creepy, that’s the point: the footage is all open source, and at least one of Depoorter’s subjects indeed feels violated. “I would like you to delete my photo… immediately,” the subject wrote to Input, which covered the story behind the art. “It’s a crime to use the image of a person without permission.” Unfortunately for the surveilled, that usually isn’t the case. —Margaux

Reading: An in-depth dissection of Hunter Biden’s laptop
The data trove stolen off the POTUS offspring’s computer totaled a whopping 217 gigabytes and included homemade pornography, Wells Fargo statements, psychiatrist’s notes, Social Security numbers, even a picture of brother Beau Biden shot three days before his death. New York magazine’s Andrew Rice and Olivia Nuzzi provide the most in-depth probe into that stolen data and the still-smoldering political scandal it ignited. The authors admirably set Hunter’s laptop within a larger, mostly apolitical, context: “It is hard to think of a single living individual who has experienced as total an annihilation of digital privacy since our devices became extensions of our consciousness.” —Abe

Noticing: The Tesla chief wants more whistleblowers
Phooweet! Elon Musk is asking everyone to blow the whistle—literally. The centibillionaire announced on Tuesday that, for the price of 1000 Doge (about $60), you can purchase a silver, Tesla-made whistle. It’s a not-so-subtle nod to Peiter “Mudge” Zatko, the Twitter whistleblower who raised concerns about the platform’s security. It’s also a display of hubris: while many have doubted whether Musk could weasel out of his promise to buy Twitter, Zatko’s claims have given his case at least a smidgen of new life. The whistles are already sold out, so, if you hear a twit twoo sound in the streets, just assume it’s a Musk fan showing their support. —Margaux 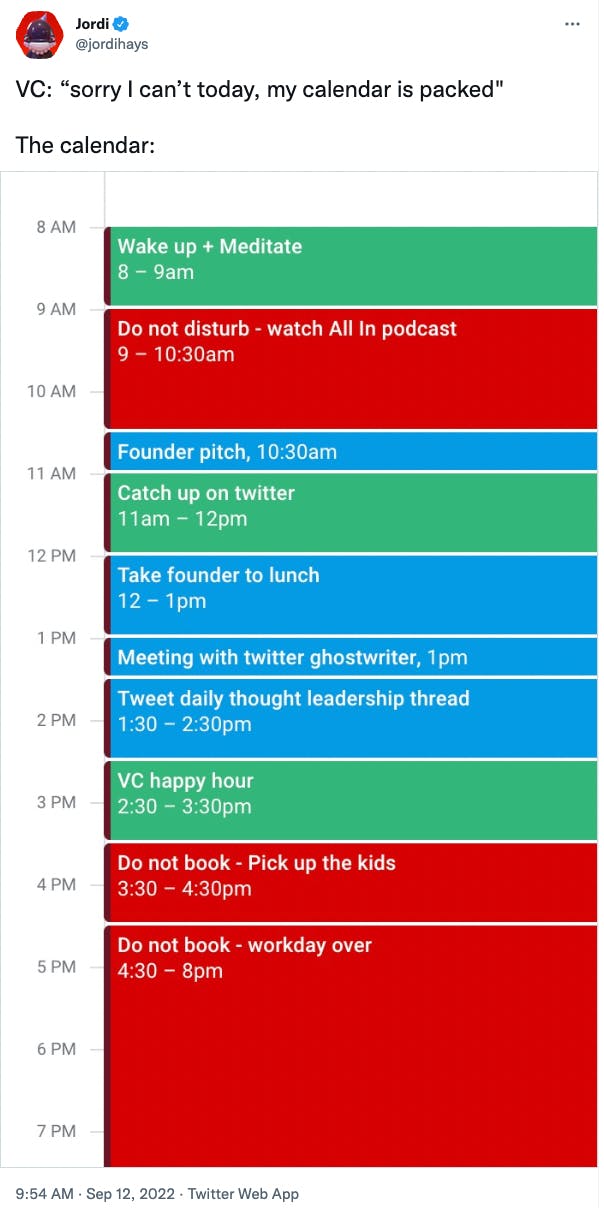