Where Sleep Is Religion, These Are Our Idols — The Information

After a week that gave us the exhaustive (and exhausting) Twitter Files, more fallout from the FTX affair, exhilarating World Cup matches and some rare good news out of Russia, you’re probably catching up on much-needed sleep this weekend. Maybe you’re even grabbing z’s in one of the Eight Sleep Pods that have swept over Silicon Valley like a temperature-controlled tsunami.

Arielle has been reporting on the company behind the Pods for several years, fascinated by Eight Sleep’s evolution from Y Combinator-backed startup to full-fledged tech status symbol. Her trip to co-founders Matteo Franceschetti and Alexandra Zatarain’s home in Miami revealed the next wave of their sleep-tech revolution—and it is eye-opening, to say the least.

Is the company producing this sci-fi sleep platform profitable, you ask? Unlikely.

But the founders harbor just a bit of Elon Musk envy (see the tweet at bottom), which means that their long-term vision matters more than inconvenient details about profits and losses. Will their mission to improve health and extend lives ultimately succeed? We’ll have to sleep on it.

Now onto this weekend’s stories…

Since founding Eight Sleep in 2014, cofounders Matteo Franceschetti and Alexandra Zatarain have become icons of the extraordinarily well rested. Their company already makes a $3,000 smart mattress that has joined the Model S and the Apple Watch as Silicon Valley status symbols. Now they have something new up their sleeves. Arielle visited the glamorous couple’s home in Miami to get an exclusive peek at the bed of the future. 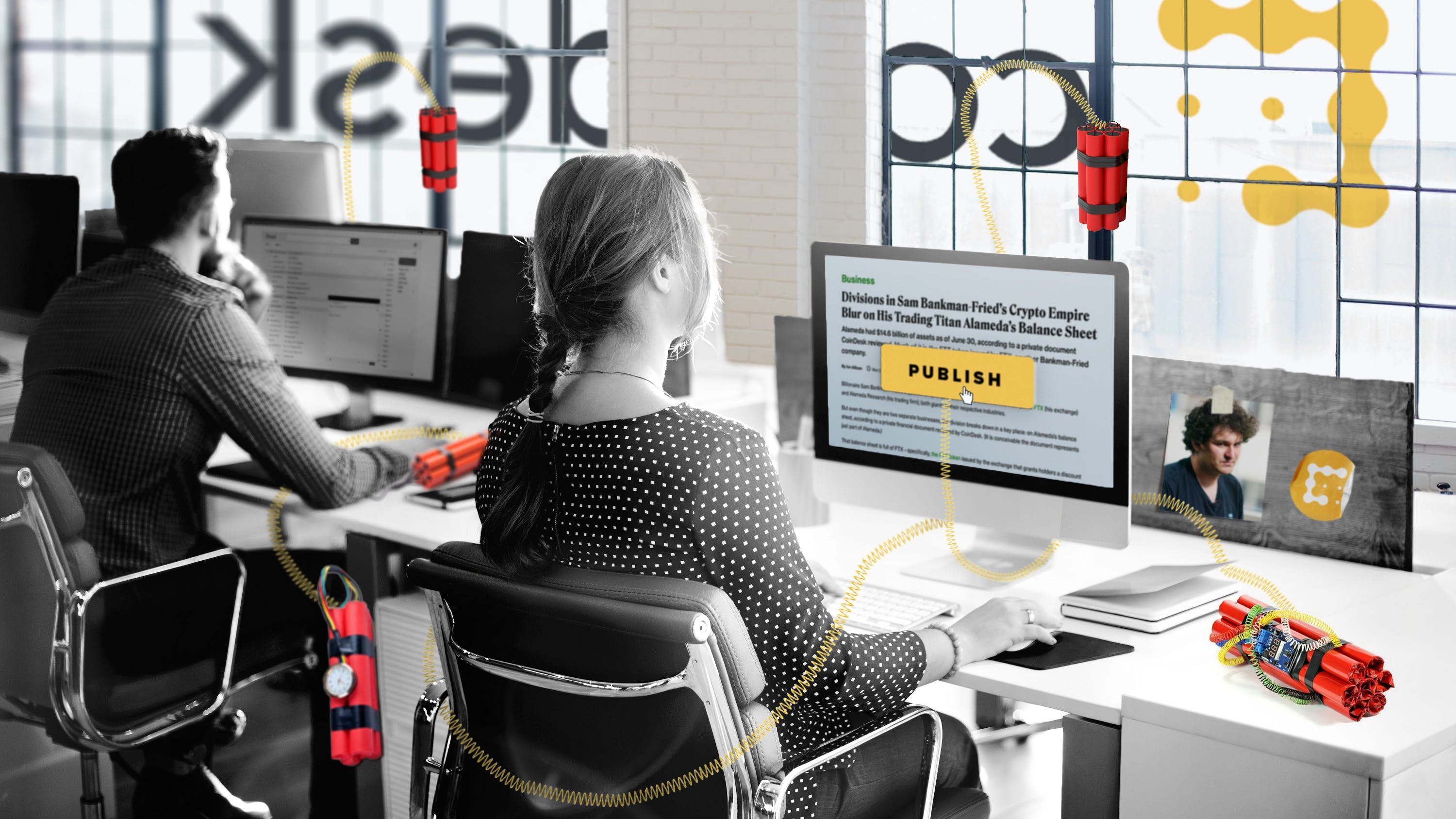 Sam Bankman-Fried’s loss has unquestionably been CoinDesk’s gain: The crypto news site’s readership doubled to almost 17 million page views after it broke the story that led to the FTX implosion last month. But as Abe explores, CoinDesk now finds itself in an uncomfortable—and possibly unprecedented—position: Its coverage could cripple its parent company and even force a sale of the site itself. 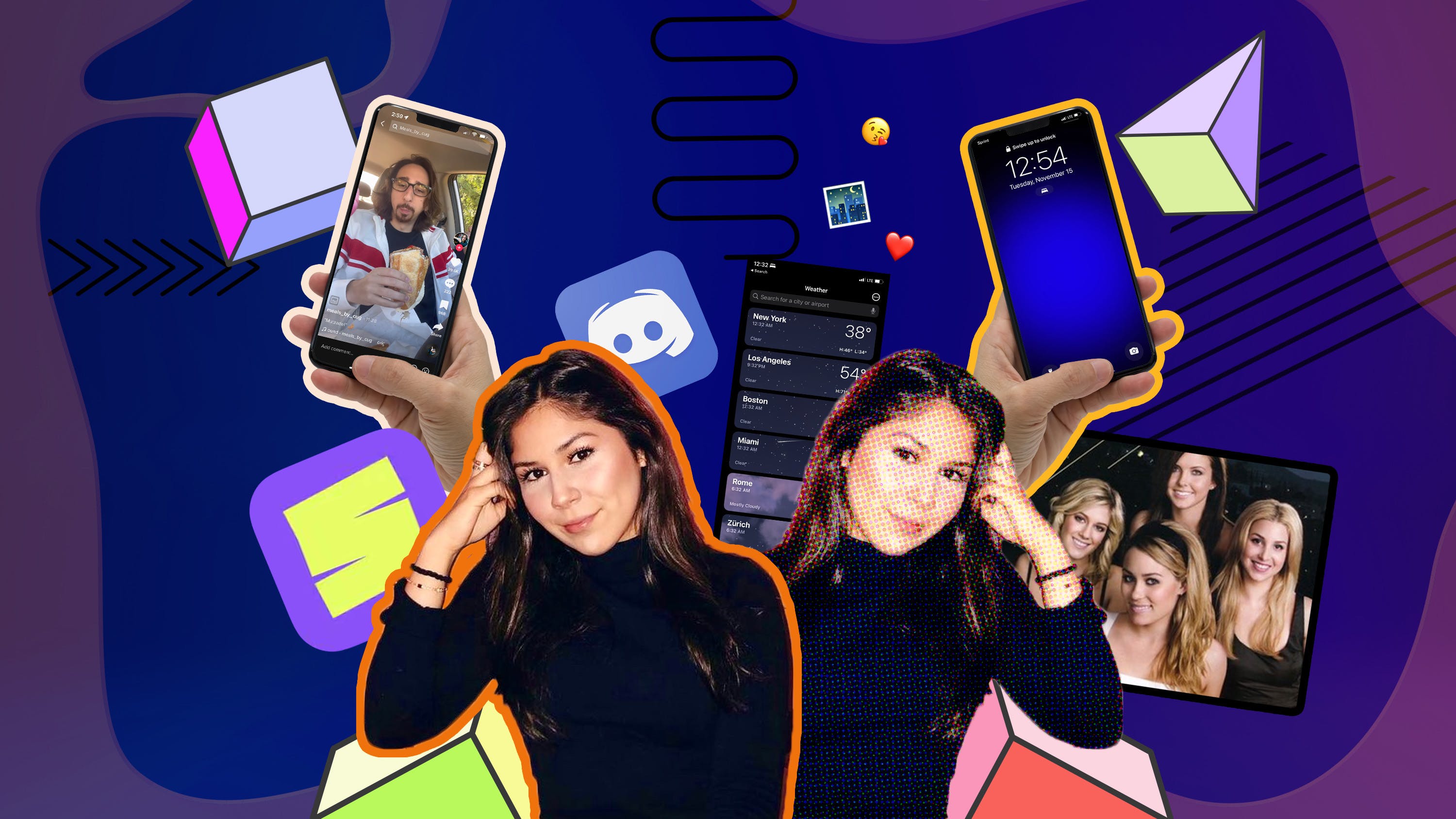 Em Herrera, 23, learned the hard way that celebrities and influencers are the key to understanding Gen Z consumers. (She used to run a One Direction stan account.) At Night Ventures, she helps portfolio companies like MoonPay connect with online communities. Here she walks Margaux through the newest Gen Z craze, her obsession with Vine and why she’s online all the time. 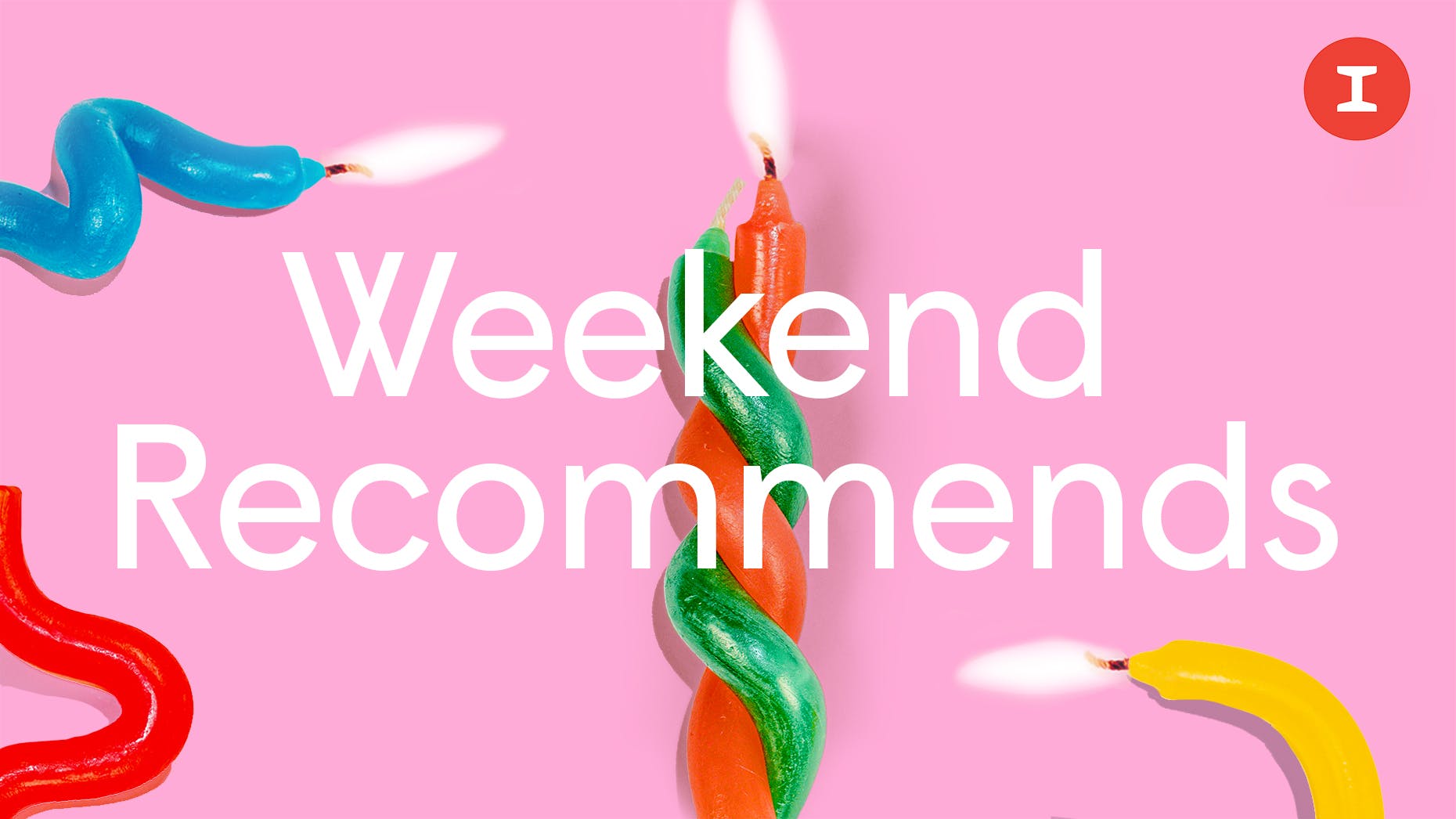 Watching: TikTok sleuths decrypting “The White Lotus”
Did you notice the adjoining hotel door was closed at the beginning of the latest episode of “The White Lotus”? What about the red camera light behind Tanya at the palazzo party? Or the painting of Saint Sebastian displayed in Albie’s hotel room? My TikTok page is filled with these and other “clues” about what might happen in the season’s finale on Sunday. (One leading theory: Portia dies.) Television used to exist between viewer and screen, a self-contained universe. But for every hour I spend actually watching “The White Lotus” on HBO, I devote at least another three watching people dissect it on TikTok. And why not? This show gives you plenty to talk about (like, why do these people eat dinner in the same hotel restaurant every night?) Watching the frame-by-frame analysis on social media has another effect: It’s given me more appreciation for the show’s tiniest details, from costume and set design to the characters’ names. —Arielle

Reading: The wild world of competitive Excel
“Undo!” yelped commentators. “Control Z!” These were the sounds of two champions facing off in a competitive game of *checks notes* Microsoft Excel. Yes, the famously exciting Microsoft Office application, best known for its popularity among investment banking analysts and accountants. In the Atlantic, writer Jacob Stern takes us inside the “World Cup of Excel,” as players face off answering problems in a new form of esports. It also happens to be one of the last wholesome corners of the Internet, Stern explains, with a zero tolerance policy for the harassment that plagues other online gaming communities. “Guys I would like to personally apologize for all of my tomfoolery,” wrote one commentator after being shunned for his disrespect. “At my Heart I am a true lover of excel and would never disrespect these brave competitors.” Now that’s how to excel in sportsmanship. —Annie

Noticing: The year in Twitter trends
There are many ways to measure 2022, but none are as dizzying as reviewing the year’s trending Twitter topics. For a year now, journalist Brian Feldman has dutifully (masochistically?) compiled every day’s most-tweeted subjects for his project, The 2022 Twitter Trends Archive. It’s a surreal encyclopedia of every short-lived viral outrage. One January day, Twitter was furious about green M&Ms. Twenty-four hours later, they were skewering “West Elm Caleb.” Last month the project took on a new significance: Elon Musk laid off Twitter’s curation team, putting an end to explainer paragraphs for trends. Now Feldman’s site is something of a eulogy for moderation, a catalog of the earnest, chaotic and under-appreciated efforts by Twitter employees to contextualize complicated conversations. —Margaux 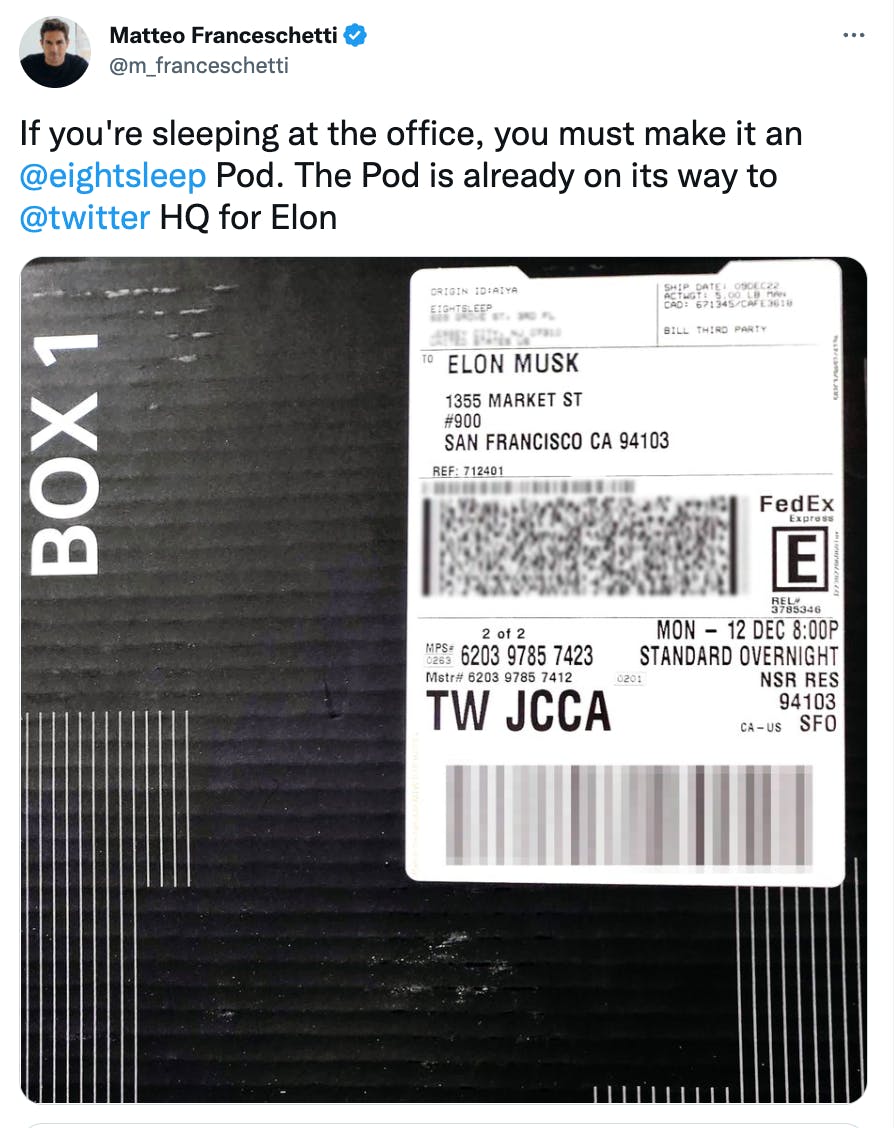 If you’re going to sleep at the office, you might as well be comfortable.

What is Compelling the Whales to Accumulate XRP Repeatedly?