Bitcoin risked a further price decrease due to the indications of the Delta cap and relations to the 2015 and 2018 trend
Price action showed that a breakout was not nearby, even as investor confidence dropped

The Delta price of Bitcoin [BTC] might suggest that the worst was far from over, believed Ghoddusifar, a CryptoQuant analyst. According to him, Bitcoin’s current Delta price was $12,800.

The Delta price functions as the possible price resulting from the difference between the realized cap and the average market cap. This conclusion formed Ghoddusifar’s analysis as well, thus implying BTC could drop further, as shown in the image below.

Look back before the turning point

The analyst focused not only on the recent BTC trend but also provided proof of past occurrences. He brought up the fact that the previous cycles of 2015 and 2018 were similar to the present circumstances.

This led to a BTC price fall before there was a “turning point.” For Ghoddusifar, the current condition had bearishness pasted all over, making the price drop inevitable.

“Based on the amount of bitcoin falling from the top in previous cycles as well as the Onchain oscillators, although they show that bitcoin is close to the turning point, the possibility of more falls is also confirmed.”

Technically, there seemed to be some valid calls from the analyst. The Bollinger Bands on BTC’s daily chart revealed that the coin’s volatility was extremely low.

Since BTC had not broken the lower BB level, it was unlikely to expect a sharp bounce toward the upturn. In addition, the price, at $17,015, had failed in its bid to move out of the bands. Consequently, the suggested upward trend had been nullified. 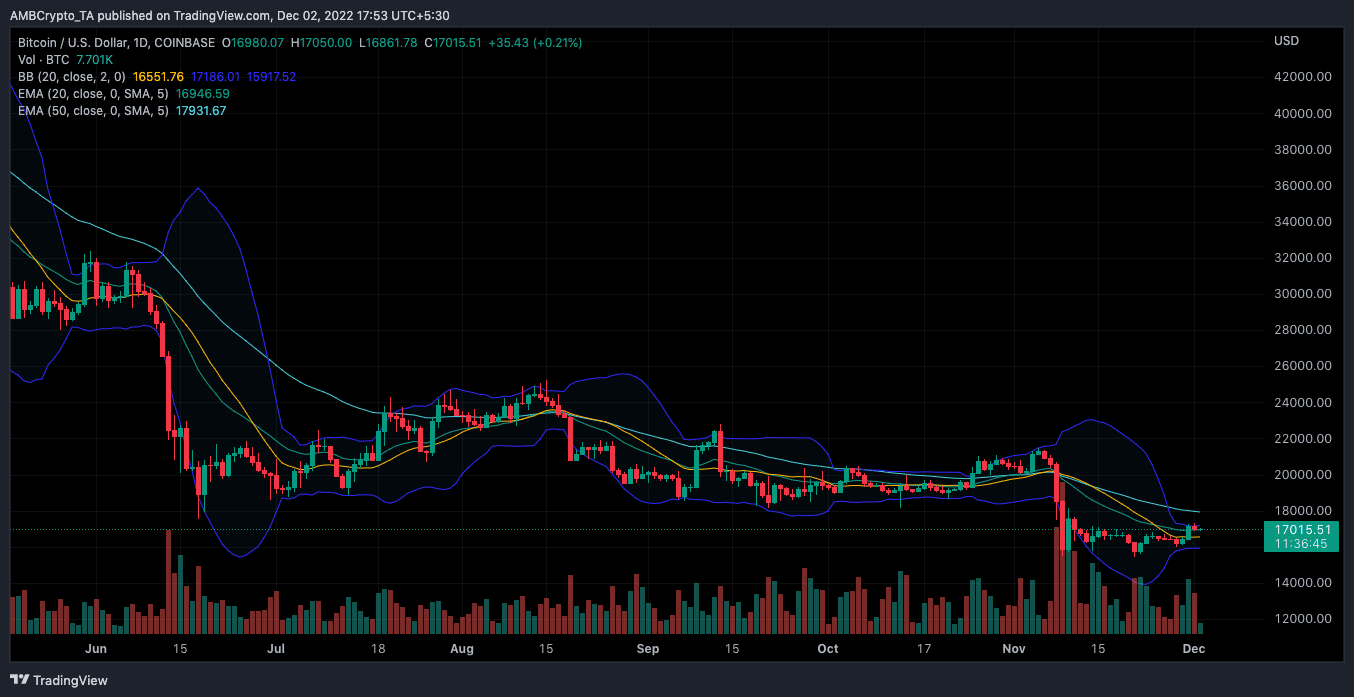 Moreover, the Exponential Moving Average (EMA) also indicated a possible drop in price. This was due to the 20 EMA (green) being unable to overlap the 50 EMA (cyan). In this instance, a bearish movement was the probable option.

No risk, no reward for Bitcoin

The above trend, which suggested a BTC sink, seemed to have expanded in investors’ directions. According to Glassnode, the Bitcoin Reserve Risk was at 0.00076.

This point was considered low and reflected that long-term holders’ confidence was not at its peak. In a case where the Reserve Risk was high and the price was low, it could signal a point to accumulate,

However, that was not the case, as it further hinted at the fact that the earlier drop below $16,000 was not the lowest that BTC could hit. 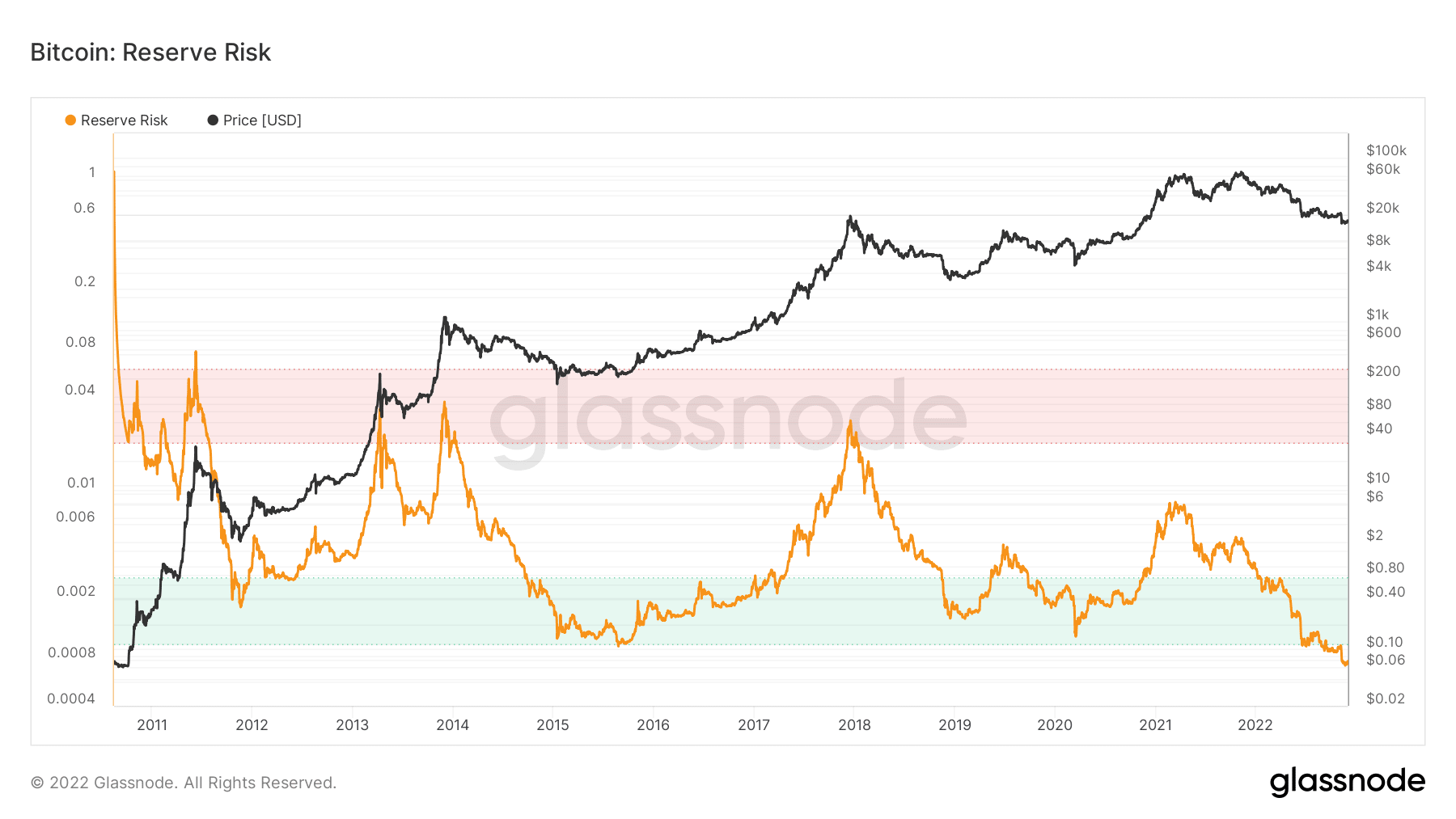